The Dutch were the first European people to settle in the Americas and to start their own settlement, New Netherlands. In order to build their settlement, the Dutch captured Africans from West Africa and brought them to what is now New York. The Africans were given European names. Their last names became where they were captured from. These slaves built a wall that once stood where Wall Street is today. This was the beginning of slavery in the Americas. The renaming of the slaves caused the slaves to lose their identities. Slavery in America was different from the slavery that had existed before in other countries. In America, slavery was based solely on the color of one’s skin. In other countries, people were enslaved for a variety of reasons but the difference was they were able to work off their slavery. Once freed, the slaves were able to rejoin society and they were not viewed as social outcasts. With American slavery, there was no hope for freedom and slavery got passed down from generation to generation. Once slavery was abolished in 1865, the African Americans were not given equal rights and there is still racism that exists in the Americas today, over 150 years after slavery was abolished.

In New York, there were strict rules that the slaves needed to follow at all times. Otherwise they would be severely punished by their masters. Slaves were forbidden to gather in groups more than 3 because they would be considered to be conspiring.  The sole place that slaves were allowed to gather without fear of chastisement was at the water wells. Each morning, the slaves were sent to the wells to gather water for the families that they worked for. When they went to the wells, they exchanged news and developed a sense of community and family with the others that they met there. On the tour, we stopped at one of the wells that still stands today in New York City outside of the Goldman Sachs building. We made a stop at the Fraunces Tavern. The significance of this stop has to do with Samuel Fraunces, a light-skinned black man that was able to pass himself off as white during the time of slavery in America. By pretending to be white, one risked everything. If people found out the roots of your ethnicity were African, the consequences were severe. Also, by “becoming” white, you had to cut ties with your family and change your whole identity. Others argued that if you were able to pass off for white, you would have a brighter future in America and you would be able to have greater opportunities.

The Tappan brothers were prominent businessmen and the first known abolitionists in New York. They spoke out against slavery and made many enemies. At one point, their work building was set on fire and their homes were vandalized. Things got even worse when a one-hundred thousand dollar reward was advertized to anyone that would kill them. But that didn’t stop The Tappan brothers who went on with their lives, knowing about the price that was placed on their heads. In the end no one dared to kill them. They lived long enough to see the abolition of slavery and on the tour, we visitors had the privilege to pass where their building once stood.

The tour guide also told us some interesting Underground Railroad escape plans that you do not hear about too often. Harriet Tubman escaped slavery in Maryland to Pennsylvania. She also helped her family escape and then assisted other slaves escape along the Underground Railroad. Harriet Tubman never lost a slave that she took on her Underground Railroad journeys. She warned the slaves that she always carried a revolver and would shoot any of them if they got out of line. The reason why she most likely carried a loaded revolver was to protect her and her “passengers” if anyone tried to recapture them. It has also been said that she carried a live chicken in her dress at all times. She said that the reason why she carried a chicken was so that if she was approached, she would throw the chicken out of her dress to cause a distraction that buy her enough time to get away. Another fact was Harriet Tubman was illiterate and when she began to gain notoriety, signs were posted giving her physical description and the fact that she couldn’t read or write. The misconception was people thinking that being illiterate meant you were unintelligent. She was not unintelligent. Finding out that people knew she was illiterate, she began to also carry a book with her to throw people off her scent. One day, she noticed that she was being approached by a man so she immediately took out a book and pretended to read it. The man immediately backed away because of the spreading rumors of her illiteracy. In doing so, the man concluded thought that there was no way that this could be her and walked away. It was harder for slaves deeper in the south, such as Alabama, to escape because the journey was longer and there were no bordering free states.

Ellen and William Craft were a fugitive slave couple that successfully escaped to the north in 1848. Ellen was a light-skinned African American and thought that she would be able to pass off as white. She transformed her appearance to a white man, pretending to be a plantation owner and her husband was her slave. Together, they traveled to the North. Since Ellen’s voice could not pass for a man’s, she pretended to be mute and her “slave” served as her interpreter when they were approached by anyone. Also, she kept her arm in a sling because she was illiterate. If she was approached, people would expect her to be able to write since she was pretending to be a plantation owner. With her arm being in a sling, she had the excuse to not have to write. The couple met many challenges along the way. After reaching Canada, they traveled to England. Their story of bravery and journey to freedom can be read about in their book, Running a Thousand Miles to Freedom.

Another story of a creative escape plan was that of Henry “Box” Brown. Henry Brown was a slave in Virginia for 33 years. He devised a plan to mail himself in a box to an abolitionist’s house in Philadelphia, Pennsylvania. It took 26 hours for him to arrive in Pennsylvania. He kept quiet the entire trip. When the box was opened, he surprised everyone because they were not expecting someone to be there. Henry Brown started telling many people his story. Frederick Douglas encouraged him to stop spreading how he escaped so that other slaves can use this same method to run-away and become free.

On the tour, we also stopped at the building that was once the Thomas Downing Oyster House. This restaurant was for the wealthy. During the day, Thomas Downing ran the restaurant. At night, in the basement, the building served as a stop on the Underground Railroad. Thomas Downing was a station master and would help those who stayed with him escape to Canada.

The last stop of the tour was the African Burial Ground. The burial ground was not discovered until the 1990s when construction began for a building which now serves as a memorial. The remains of 419 slaves were discovered and students from Howard University conducted research on the bodies. Over forty percent of the remains were infants or toddlers. The lives of there slaves was a very harsh life. Slaves were overused and abused. Animals were allowed more rest than the slaves. The life expectancies of the slaves was not very high. It was concluded that many of the remains had bone fractures. The remains of one woman had a musket ball inside. This shows how poorly the slaves were treated. The New York African Burial Ground is now the final resting site of 15,000 free and enslaved African Americans. 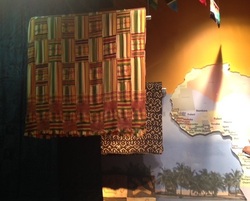 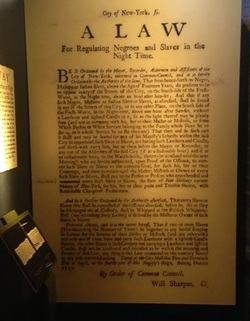 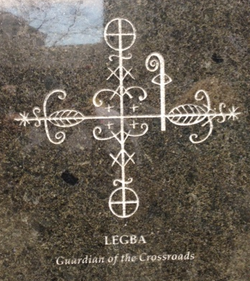 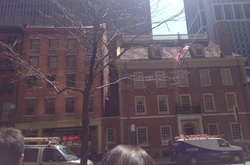 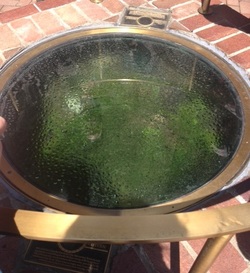